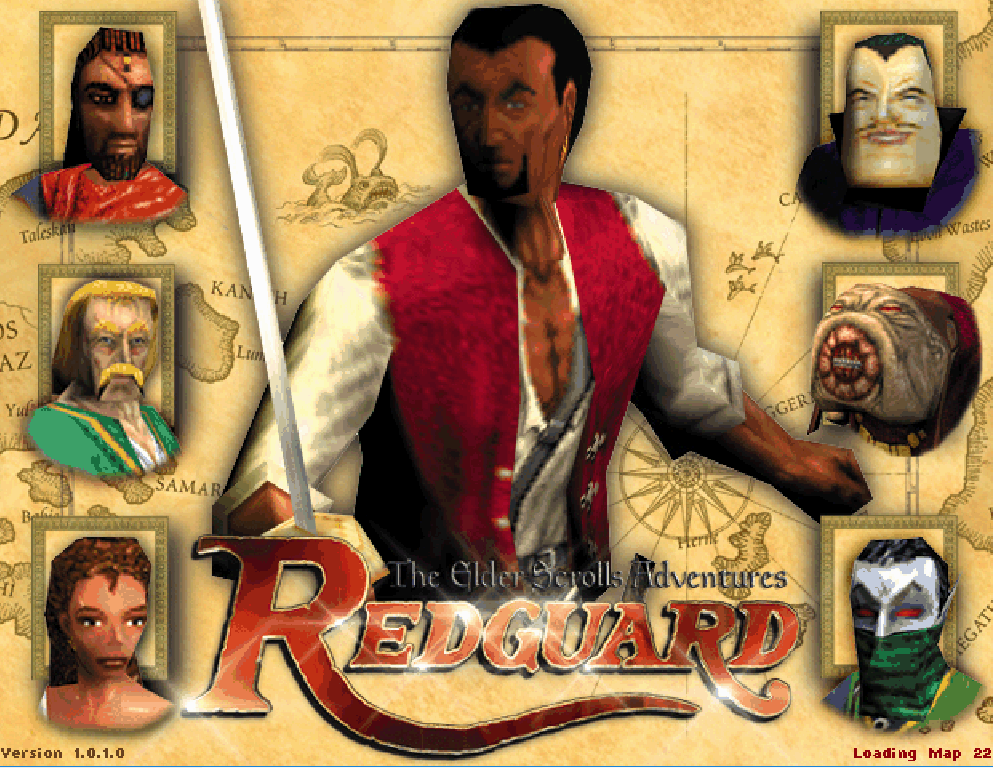 It is the ninth century of the Second Era, and the Tamriel Empire has been continuously expanding. Hammerfell was among the many provinces to lose its independence to the reign of Tiber Septim. Cyrus, a Redguard mercenary and a well-known hero, finds out that his sister Iszara has disappeared under mysterious circumstances. Cyrus travels to the port city of Stros M'Kai in Hammerfell and begins an investigation, which gradually draws him into a political intrigue.

Redguard is set four hundred years before the events of Arena and thus is a prequel to other Elder Scrolls games. The game is considered a spin-off to the main series, being primarily a 3D action-adventure game with only few role-playing elements such as a quest-based structure and money management. The protagonist has no numerical attributes and remains constant in power throughout the game. He fights with a sword, which he can use for slashing, stabbing, and combo attacks, depending on the combinations of keys input by the player. Active blocking is available as well. Cyrus can also swim, jump and automatically grab and hang on ledges, which is sometimes required to advance in the game.

Although certain items must be procured and quest completed in order to make the plot progress, many of these tasks can be handled in a non-linear fashion, and much of the game's world (the city Stros M'Kai and the surrounding wilderness) can be explored freely from the beginning. Progression also relies on conversations with the many characters inhabiting the area, which feature extensive keyword-based multiple-choice dialogue options.